In the pursuit of carbon neutrality, carbon is our enemy, not the internal combustion engine. Toyota President Akio Toyoda said at the Japan Automobile Manufacturers Association (JAMA) press conference earlier this month.

Toyoda, who is also president of JAMA, spoke about carbon neutrality, the approach of governments as well as the impact of phasing out the internal combustion engine (ICE) for electric vehicles (EVs). The Toyota boss defended the Japanese auto industry and its CO2 reduction record, and called for a broader vision of the mission to achieve carbon neutrality.

He also – in polite terms – urged Japanese leaders not to blindly follow the European model in electric vehicle adoption. Strong opinions from Japan’s most prominent automotive executive, and these quotes and graphics are via the official automaker spokesperson Toyota time. 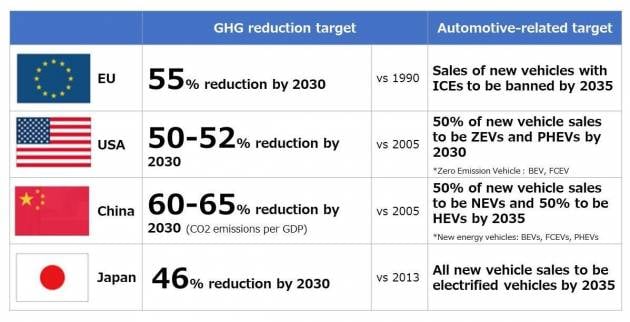 “As COP26 approaches in November, representatives from each country have pledged various targets. To achieve these goals, some have targeted cars, which is just a final process of CO2 emissions, and turned to restricting certain options available, ”he began, referring to the 2021 United Nations Climate Change Conference to be held in Scotland at the end of October. .

“In the pursuit of carbon neutrality, carbon is our enemy, not the internal combustion engine. To reduce carbon, I believe there should be practical and sustainable solutions tailored to the circumstances of each country and region, ”Toyoda said, adding that as a leading proponent of electrified vehicles (via hybrids), the he Japanese auto industry has been able to reduce CO2 emissions. emissions of 23% over the past 20 years, a very high level by international standards (see graphs below).

“What we need to do over the next few years is take advantage of the technological advantages we have accumulated and take immediate action to maximize CO2 reductions using the electrified vehicles we have now. Any leeway that cars are able to generate in the process can allow more time and resources to be spent on technological innovation in other industries. 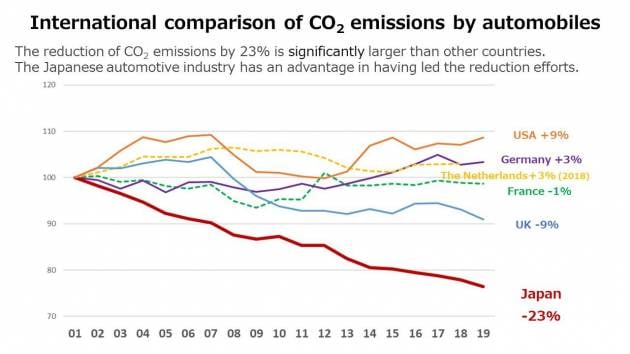 “Based on this thinking, I believe that exploring options suited to the situation in our country is both a practical and fundamentally Japanese approach,” he said.

These views are consistent with Toyota’s approach of keeping all powertrain options open, unlike the many automakers who are now betting their whole house on electric vehicles, so to speak. Governments, led by Europe (which, let’s not forget, until recently defended the now pariah diesel engine) have pushed the auto industry towards electric vehicles, creating deadlines for the phase-out of the ECI .

“The Japanese government has set various targets, probably thinking about the next COP26, but first of all, these are just targets that it shows us, and second, the targets seem to be based on how policies are discussed in Europe, not on the specific situation in Japan. That is why I would like to ask you to understand that the paths to carbon neutrality differ in each country, ”Toyoda said. 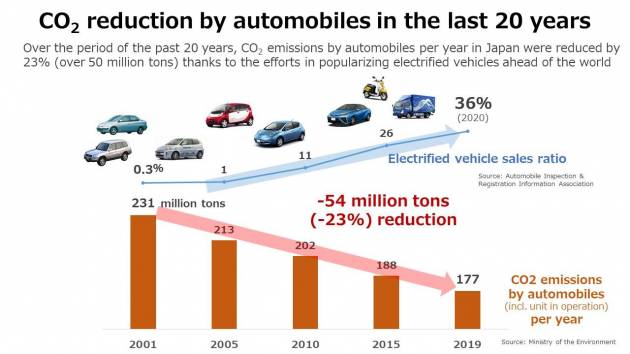 Climate change is a popular cause these days, and politicians around the world are championing the green agenda. Japanese politicians are not excluded, and some have targeted ICE and manufacturing. The president of JAMA fired back.

“The presidential election of the Liberal Democratic Party is looming. Some politicians have argued that all cars should just be battery-electric vehicles, or that manufacturing is a long-standing legacy. On these points, I do not agree.

“It’s easy to dismiss efforts by saying that our current course has no future. But I believe that in order to protect the lives and livelihoods of Japanese people, we must create a future that builds on the efforts of those who came before, as well as those of us who live in the present – to ensure that the course we have mapped out has a future, ”he said. The Toyota boss stressed that the topic of carbon neutrality is closely linked to employment – the auto industry employs 5.5 million people in Japan, 10% of the country’s workforce, and exports 70 Trillion yen of products per year, or 20% of all goods leaving the country of export. What is at stake here are “the lives and livelihoods of the Japanese people,” he said.

“If ICE were seen as the enemy in the battle for carbon neutrality, we wouldn’t be able to produce most of our vehicles. In our estimate, non-ICE vehicles (BEV and FCEV) will not reach two million units even in 2030, so in this case, vehicle production over eight million units would be lost.

“If that happens, even in the auto industry which grew by 120,000 jobs during the Covid-19 pandemic last year, we could lose the vast majority of our 5.5 million jobs. I would like policy makers to understand this when they approach the environmental issue in the future this year, ”he explained. Saying what he said may lead one to assume that Toyota and the Japanese auto industry oppose the change to maintain the status quo, but Toyoda insists that is not the case. “Please note that we do not disagree on the goal of becoming carbon neutral. It is the unwavering commitment of the automotive industry to fully cooperate with the government to fight against global warming and reduce CO2 emissions. Let me make sure of this point, ”he stressed.

Toyoda also revealed some of JAMA’s initiatives towards the goal of carbon neutrality, as well as engagement with the government.

“JAMA is working towards carbon neutrality by building on our country’s strength to offer a full line of electrified vehicles. By creating working groups based on the specialties of member companies, we identified challenges and initiated discussions with relevant government agencies. Each company is also stepping up efforts to expand technology options through new partnerships and field trials. 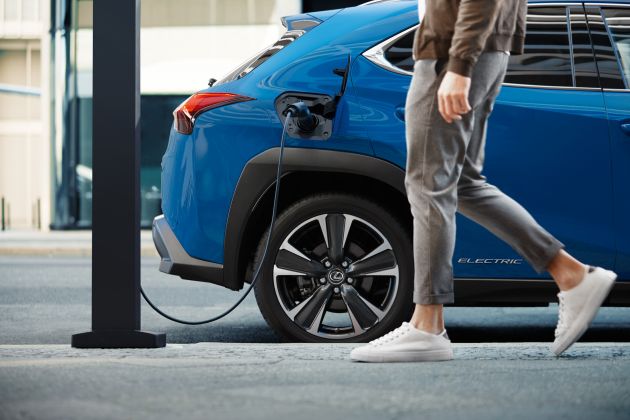 “Clarifying these challenges and timelines can spur action on a variety of fronts. That is why, next month, we plan to present the challenges related to energy, which is the starting point towards carbon neutrality, from the perspective of the automotive industry, with an emphasis on practicality. and sustainability, ”he said.

The Japanese auto industry does not shy away from the challenge; instead, he wants to be a “stimulator” on the country’s journey to carbon neutrality. “CO2 emissions from the transport sector may only represent 18% of all sectors in Japan. However, the automotive industry has real products made in conjunction with many other industries. This is why I believe that focusing on the automotive industry can clarify the challenges and deadlines of carbon neutrality.

“It is exactly about wanting to be a stimulator in the pursuit of carbon neutrality, as we have often explained before. We will be presenting what I just described in more detail next month, so look forward to it until then, ”Toyoda said.

Interesting views from a Toyota and Japan perspective that will likely be quite unique in today’s auto industry, which looks a bit like ‘EV or nothing’. There are two counterpoints that are not raised here. Some studies show that the materials needed to make electric vehicle batteries could account for a larger share of total greenhouse gas emissions than those from a car’s tailpipes, which everyone is focusing on.

Additionally, while EVs themselves produce no moving emissions, the electricity that powers them might not. It will be completely clean from well to wheel, if the source of electricity is renewable. Examples are energy produced from biomass, water, wind or solar. The opposite is the energy of coal.

At Toyota’s annual shareholders meeting in June, Director Shigeki Terashi said when it comes to reducing carbon emissions, there is a school of thought that says we should focus on electric vehicles. , but “we choose to look at the whole life cycle” including production, emissions from use and disposal. Toyota has always viewed hydrogen as the future of driving. Hydrogen is an abundant element in the environment, and fuel cell electric vehicles (FCEVs) like the Mirai – now in its second generation – emit only water. Toyota is even experimenting with a hydrogen engine, which looks like an internal combustion engine, but runs on hydrogen instead of gasoline. This technology is currently proving its worth in the Japanese Super Taikyu racing series and Toyoda himself has made a stint behind the wheel under his racing alter ego “Morizo”.

At one point, Toyota looked like it was skipping EVs to focus on FCEVs (as hybrids hold their own), but the wave of EVs is too strong to ignore. The big T has made up for lost time by teaming up with battery manufacturers and electric vehicle specialists to get up to speed. Premium brand Lexus has already confirmed three electric vehicles through 2025, and the production version of the Toyota bZ4X concept will surface next year.

In the meantime, Toyota will have to continue to fight against the perception that it is lagging behind in electric. In a study earlier this year, the European campaign group Transport and Environment ranked Toyota last among the top 10 European brands in terms of readiness to transition to electric by the end of the decade. Die-hard environmentalists in the United States are even calling on people to boycott Toyota for allegedly using its money and influence to slow the advance of electric vehicles!

Click on the links in the story to learn more. What is your opinion on this?