Introduction to Defense of Everything Else

Because people keep talking and bugging me on Twitter, I’m finally following through on my long-held threat to write an entire article on Gnosticism. You (yes, you personally, dear reader) are responsible for this, and if the problem persists, I might end up writing a whole series on historical heresies and their relevance (or lack thereof) to modernity.

Gnosticism is a loose and collective term for a variety of religious systems from the second and third centuries. They are native mainly to the eastern Mediterranean and its surroundings – a territory located more or less in the middle of modern Egypt, Iran, Uzbekistan and Greece. The vagueness and variety of the term are essential; there were many incompatible versions, with different beliefs, ethics and community structures. In some ways, the term Gnostic is a bit like new age– a mood more than a creed.

Conventionally, scholars have interpreted Gnosticism as Christian heresy, or as a form of Christianity that was ultimately rejected (and therefore labeled as heretical) by the mainstream church. However, some forms of Gnosticism may predate Christ, and “mood” certainly existed before the Church; much of it appears in the Dead Sea Scrolls. Many forms of Gnosticism viewed Jesus as the savior figure, but some did not – the only definitively Gnostic religion surviving today, Mandaeism, views Jesus as an apostate.

The salient marks of most types of Gnosticism were:

All of this requires unpacking.

Dualism can mean several things. In this context, it tends to mean an image of the universe that is divided into two halves: good and evil, light and darkness, that sort of thing. These two halves are usually at war with each other, and this war must culminate in some sort of final Armageddon. This is one of the great characteristics of apocalyptic literature, which flourished among the Jews during the Second Temple period (516 BC–AD 70); several books of the Bible, such as Zechariah, Daniel, and of course Revelation, are apocalypses or are influenced by apocalyptic thought.1 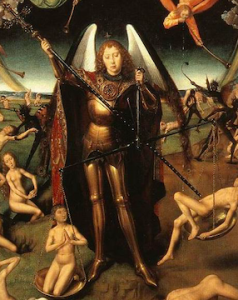 Gnosticism goes further. Apocalyptic thought presents a moral dualism; Gnosticism typically extends this dualism to its metaphysics: matter, as such, is low or even evil. The material world is not the product of the Father of all spirits, but of a demiurgea mind powerful enough to create matter but somehow blind to its frailty and corruption.

The demiurge is not the only spirit to fall into darkness, however. There are usually at least a few dozen significant spirits, chains of emanations from the purest deity to the demiurge and sometimes beyond. Moreover, divine sparks were also scattered among mankind – these are the souls of the elect, who are capable of salvation. (In many forms of Gnosticism, only a fraction of humanity possesses this spark, and most people are incapable of spiritual enlightenment.)

As mentioned above, most forms of Gnosticism featured a messianic figure and frequently, but not always, recruited Christ for the role. However, there is this key difference: Christ may be the savior, but the savior never incarnates. At most, he takes on a human form, temporarily. But there is no true virginal or other incarnation, no Passion,2 and no death — and as a corollary, no resurrection. The Gospels (when not discarded or replaced altogether) have been given some alternative Gnostic canons. Sometimes Jesus was a real human and the spirit of Christ descended upon him at baptism, leaving sometime around the arrest in Gethsemane. In a few stories, Christ mysteriously escaped and another person was crucified in his place, Judas being a popular choice. 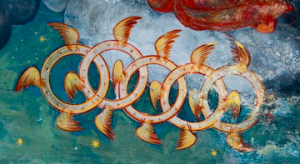 But, identity and other details aside, what was this messiah saving the elect? of? Mainly, the incarnation and the ignorance that accompanies it. The hope of the Gnostic is not to receive a bodily resurrection in a renewed cosmos, as is the case for the Christian. On the contrary, the Gnostic wishes to escape definitively from the material world, closer (by far) to the Buddhist or to certain schools of Hinduism. In some versions there are also a larger number of hostile spirits called the archonswho are allies of the demiurge and govern the planets, by which they seal the souls in the material realm.

Asceticism was typical of the Gnostics. Since sex is the way material creation increases, not only in humans but also in animals, celibacy and vegetarianism were two of the most common types of asceticism – which was (and is) also true in d other religions, for different reasons. A few Gnostic sects took the opposite view, either in general or at least with the “lower level” of believers: since the body was corruptible and transient anyway, it didn’t matter what you did with it, so leading a hedonistic life was perfectly acceptable.3

“Secret knowledge” meant, in some versions, mysteries and allegories transmitted by the apostles separately from the main body of Christians. Whether it meant that or not, it normally included the complex cosmologies and genealogies of spirits in which a particular Gnostic sect believed. . 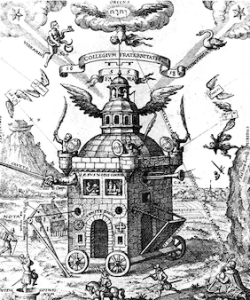 As I said, Gnosticism was primarily a second and third century phenomenon. Several later movements, such as the Manichés or the medieval Cathars, held similar beliefs, and there are wacky but not impossible theories that they were new expressions of a Gnostic tradition that had survived underground. More likely, they draw at most from similar sources, or are simply examples of “parallel evolution”; humans in general seem inclined to develop belief systems like this, which satisfy our intellectual “taste” for things like complexity, austerity, and the thrill of knowing a secret.

But still, what does any of this have to do with modern belief systems? Good …

1It is widely believed that apocalypticism, and Judaism more generally, was affected during and after the Babylonian exile by the Zoroastrian religion of Persia. It is a dualistic religion. The good deity of light and truth, Ahura Mazda, is in a cosmic war with the evil deity of darkness and deceit, Angra Mainyu; Ahura Mazda will eventually triumph. Zoroastrianism has a large hierarchy of semi-divine beings under Ahura Mazda – the hierarchies of angels in Second Temple Jewish theology and early Christian theology probably owe something to this Zoroastrian belief. Later, religions of the Gnostic type, notably Manichaeism,3 sometimes also relied on Persian sources.

2The Gnostic distaste for the Passion seems to have been precisely that, a distaste; they thought it indecent and ridiculous to imagine a pure suffering spirit. To get an idea of ​​how they feltwe could compare our feeling hearing those garbled and heretical versions of the Annunciation in which a divine or angelic person, ah, engages with the Blessed Virgin to effect the conception of Jesus.

3Manichaeism was a Gnostic-like religion, founded in third-century Persia and spreading to the Roman Empire by the fourth, which had this same two-tiered system. Splashbacks (“believers”) were the small group of believers, who ministered to the needs of perfect (“the perfect” or “the complete”); the credits could be libertines, while the perfect lived as ascetics. Saint Augustine, during his period of estrangement from the Christianity of his youth, was a Manichaean for a time, which accommodated his sexual indiscretions.