President Joe Biden was seen leaving his weekly Mass on his usual weekend in Delaware, just before his first trip to Europe since Russia began its invasion of Ukraine.

Biden, 79, was seen walking out of St. Edmond’s Catholic Church in Rehoboth Beach, Delaware on Saturday.

The president regularly returns to his native Delaware for weekends and traditionally attends Roman Catholic Mass on Saturday evenings.

Biden was seen putting on his black mask to get into the car escorting him.

Onlookers filled the sidewalks to watch the presidential motorcade leave the church. Although Biden often attends Mass with his children or grandchildren, he walked out of the service alone on Saturday. 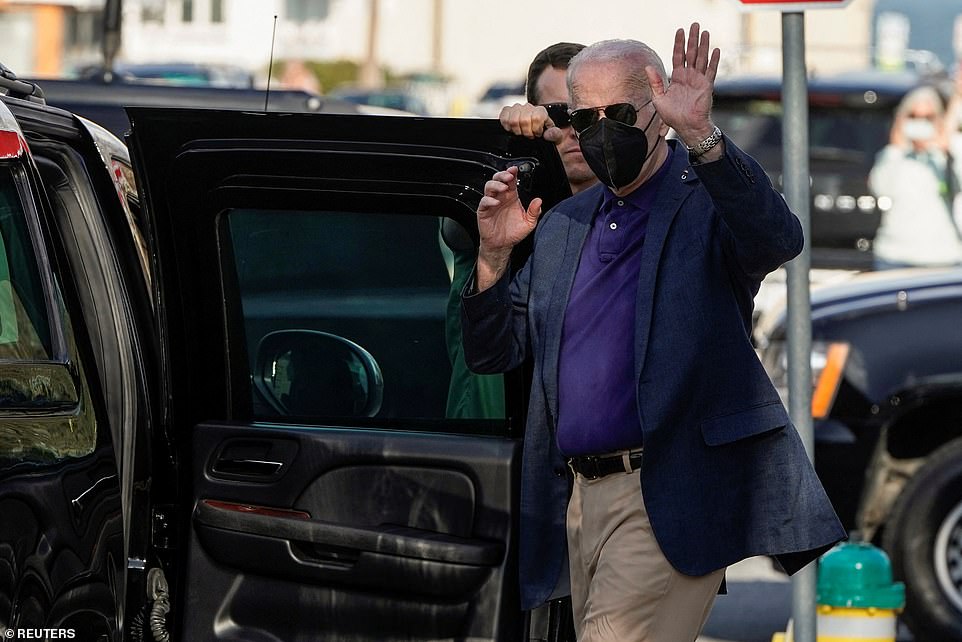 Biden waves to onlookers before departing in his usual presidential motorcade 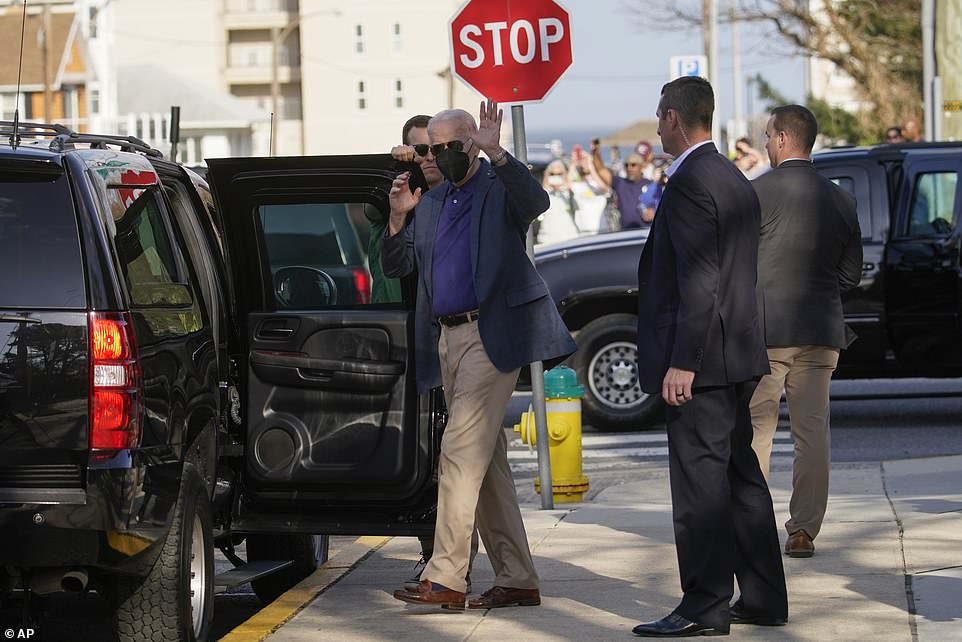 Biden appeared to go to church alone on Saturday. He regularly attends mass when he is at home in Delaware 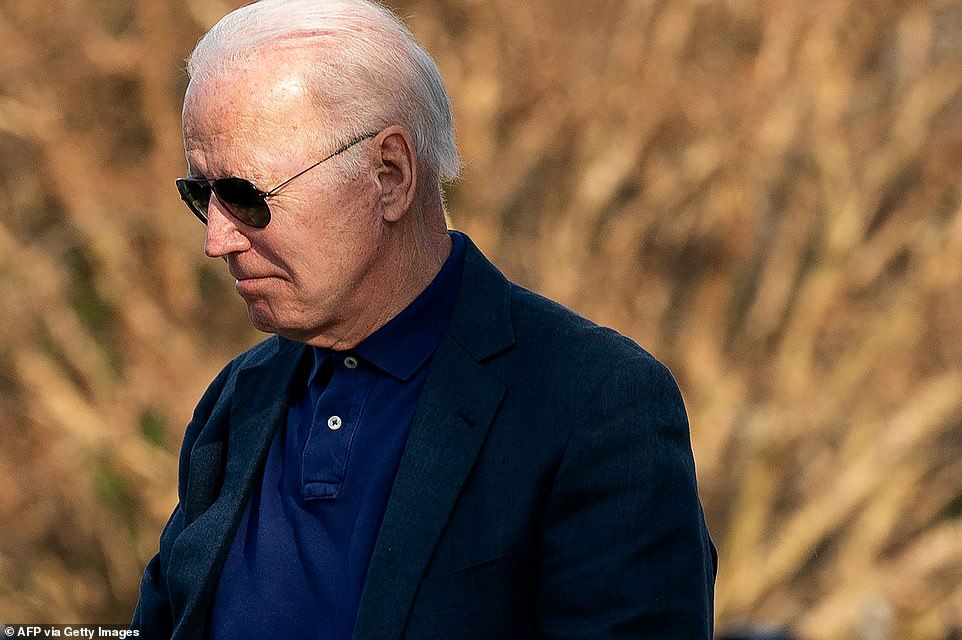 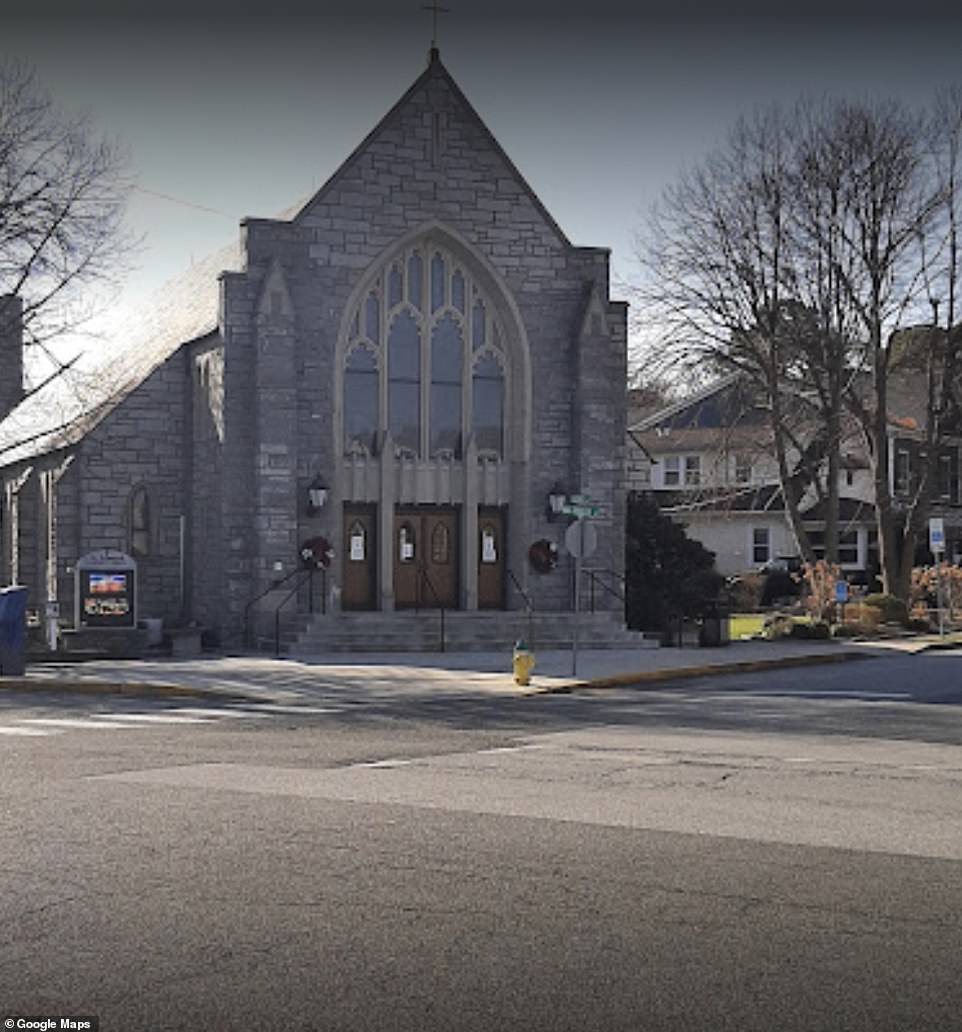 The president will travel to Europe next week for one-on-one talks with European leaders on the Russian invasion of Ukraine, White House press secretary Jen Psaki announced on Tuesday.

Biden will meet with European leaders at an extraordinary NATO summit in Brussels on March 24.

He will also attend a planned European Council summit, where efforts to impose sanctions and new humanitarian efforts are underway.

“While he is there, his goal is to meet his European counterparts in person and talk, to assess where we are at this stage of the conflict during Russia’s invasion of Ukraine. We’ve been incredibly aligned so far,” Psaki said.

‘It doesn’t happen by accident. The president is a big proponent of face-to-face diplomacy. So this is an opportunity to do just that. 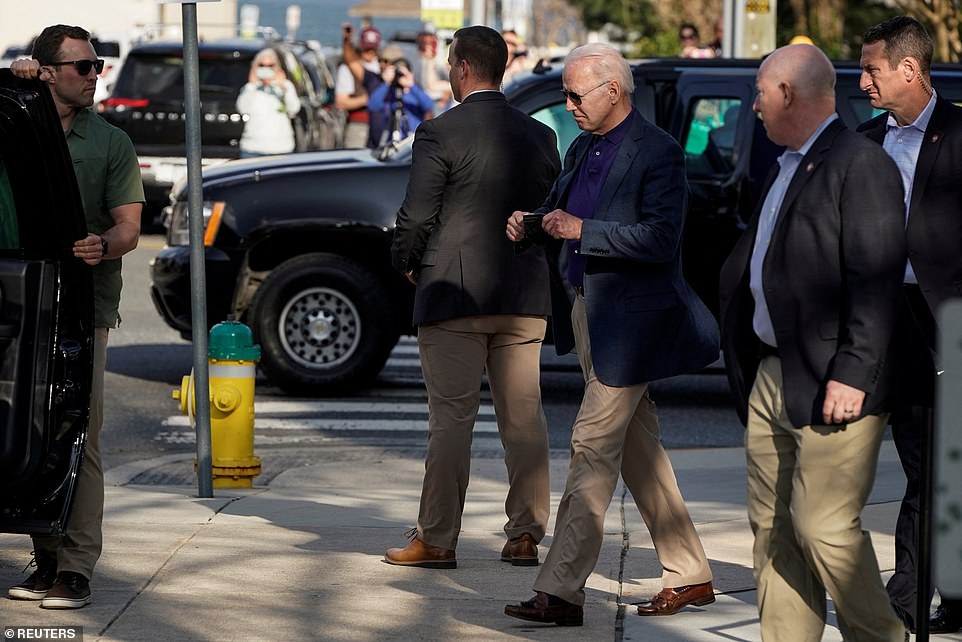 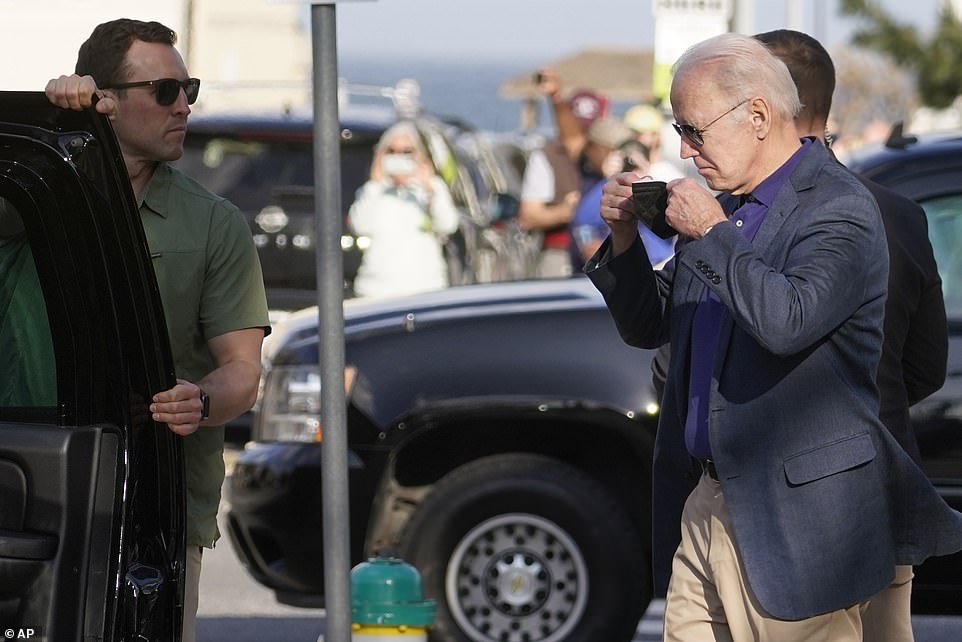 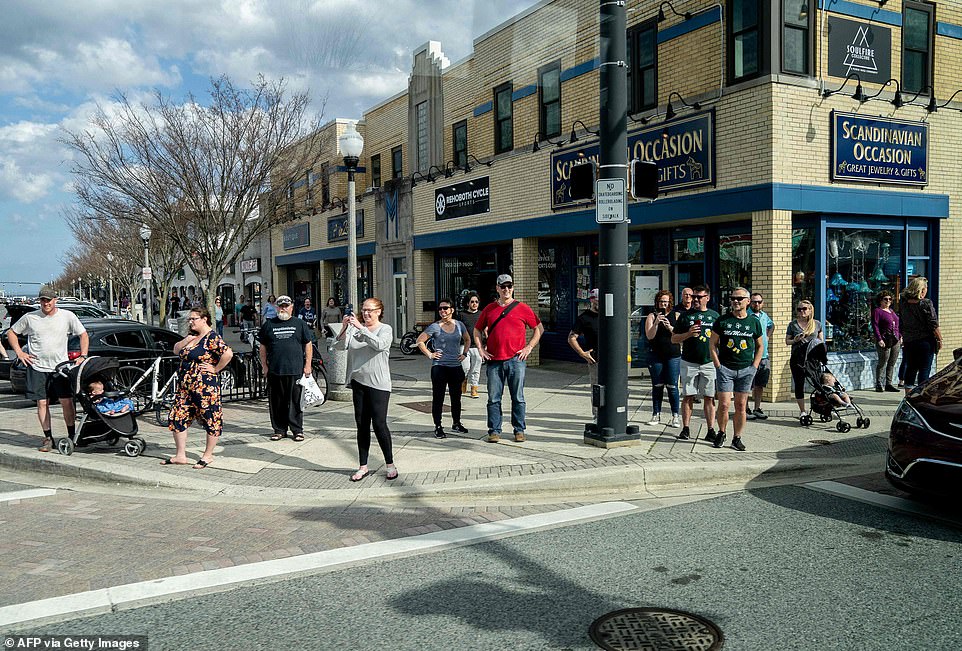 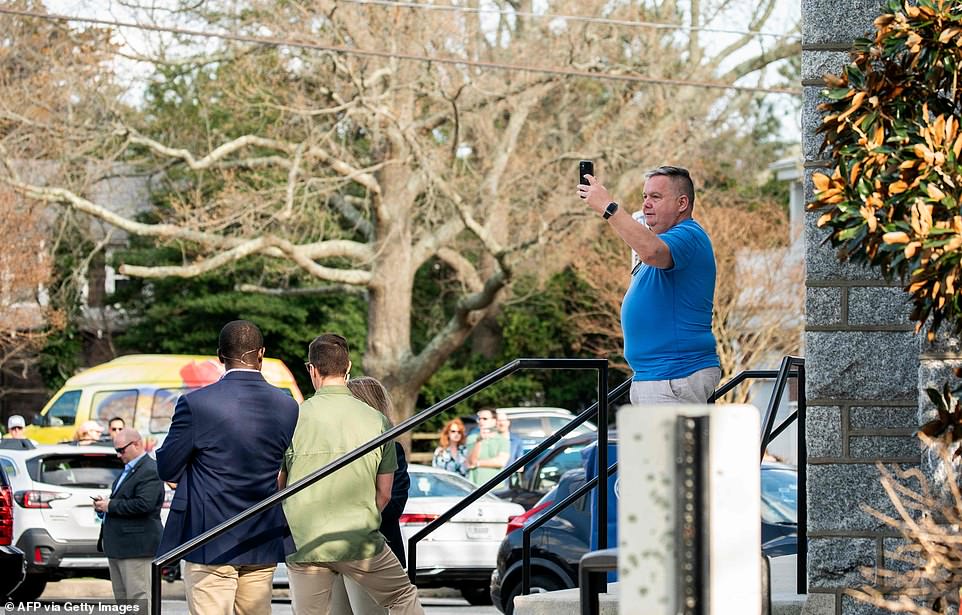 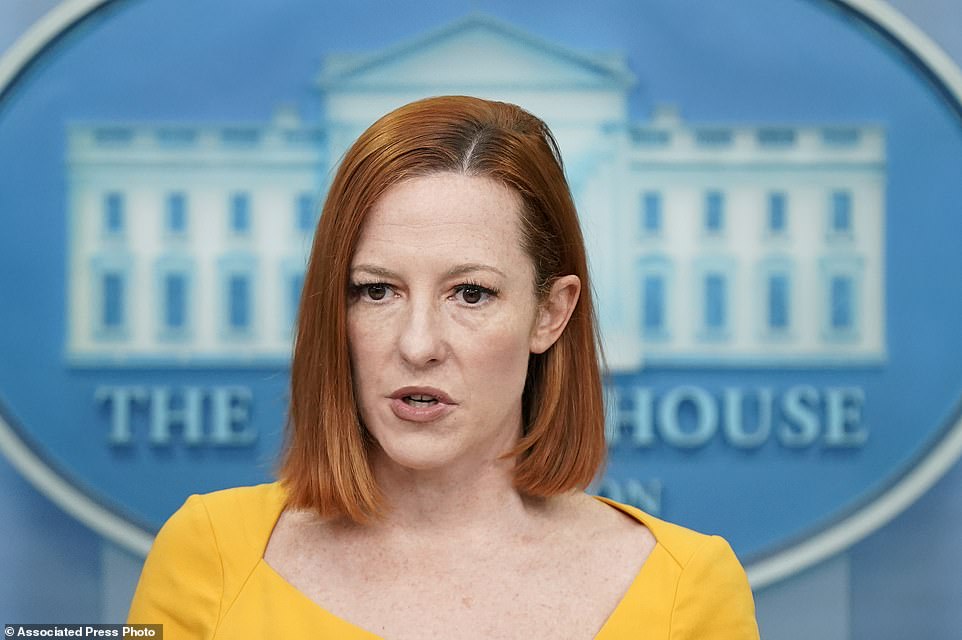 The White House announced the president’s trip shortly before Biden signed a bill on Tuesday providing $13.6 billion in additional military and humanitarian aid to Ukraine as part of a public spending measure. of $1.5 trillion.

Biden said during the bill signing ceremony that the United States was “acting urgently to further increase support for the brave people of Ukraine as they defend their country.”

The trip follows Vice President Kamala Harris’ visit to NATO countries on the eastern flank of Poland and Romania last week to discuss with leaders the growing refugee crisis in Eastern Europe. sparked by the Russian invasion and to underscore the Biden administration’s support for NATO allies.

Polish Foreign Minister Zbigniew Rau said on Tuesday that a visit by Biden to Poland was “very likely” when he comes to Europe.

More than 1.8 million Ukrainians have fled to Poland since the start of the war, according to the United Nations. More than 3 million people have fled Ukraine since Russia launched its invasion.

“It would be hard to imagine a better place for the United States and for the entire alliance to emphasize its position than the brightest link on the eastern flank, which is Poland,” Rau told TVP. INFO.

PSAKI said she had no additional details about Biden’s visit to Poland during the trip.

The White House’s announcement of Biden’s visit to Brussels came the same day the leaders of Poland, the Czech Republic and Slovenia left for Kyiv by train despite security risks to show support for the government. ‘Ukraine.

It was a visit that EU officials said was not sanctioned by other members of the 27-nation bloc.

Daniel Hamilton, former deputy assistant secretary of state for European affairs, said Biden’s trip to Europe comes as the White House seeks to continue to maintain what has been a largely unified Western opposition to Russia since the invasion.

“As the war continues, it is important that the president shows that he is not sitting comfortably on the other side of the Atlantic, but that he is part of the coalition meeting with European colleagues in Europe and that the United States is a European power,” said Hamilton, a non-fellow resident at the Brookings Institution, a Washington think tank. 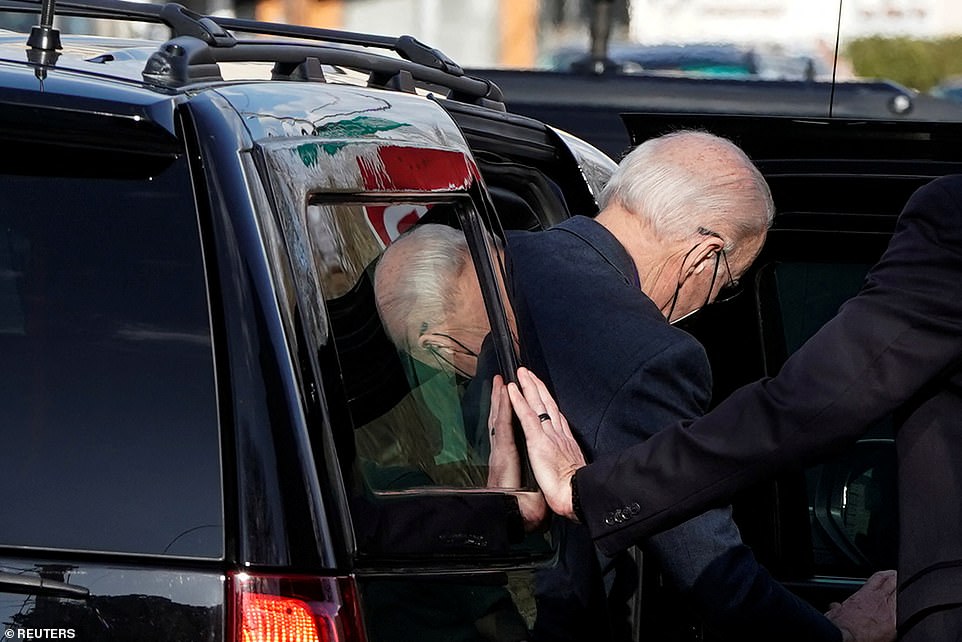 Biden gets into a vehicle as he leaves St. Edmond’s Catholic Church after attending mass 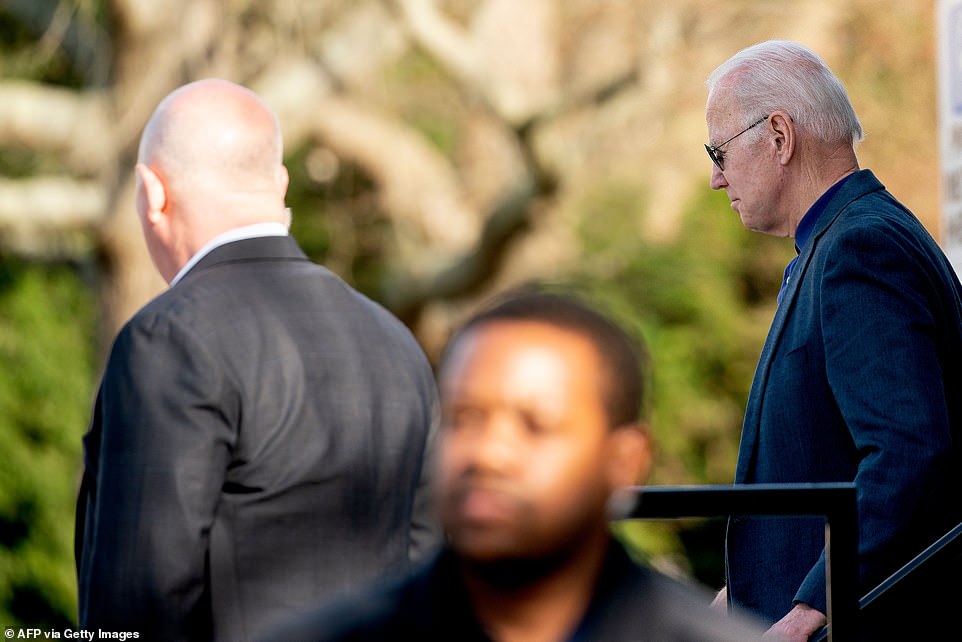 Biden will also attend a planned European Council summit in Belgium, where efforts to impose sanctions and new humanitarian efforts are underway.