Perhaps filmmaker Mike Flanagan’s latest creative addition to the Netflix streaming service is his most haunting. This is because it touches on a subject which, although universal, is often made taboo to discuss. The limited series Midnight Mass uses horror to explore the dark role religion can play in the lives of working class people. Viewers will be taken on a journey involving both sinister and benevolent forces, which may cause them to reflect on the complex role that faith and dogma have played in the history of mankind, for the better and the better. for the worst.

Written and directed by Flanagan (Doctor Sleep, The Haunting of Hill House), Midnight Mass tells the story of a small, isolated island community struggling with long-standing divisions among its residents. Soon they receive a visit from a charismatic priest named Father Paul. The appearance of the priest on Crockett Island is followed by unexplained events that resemble miracles. It ignites a renewed religious fervor that takes hold of the township, but these miracles can come at too high a price. Relevant and controversial themes such as fanaticism, faith, despair, and economic hardship collide for a powerful storytelling, though the journey can be a bit slow at times.

There are a number of intrigues to the show, but the most prevalent – and the most powerful – is that of the role of religion in the lives of ordinary people. Specifically, working class people who face economic hardship in a society that often favors big business and the wealthy. Crockett Island has seen better days, and because of this, the townspeople may seem more sensitive to the assurances offered by religious faith, as real-world reason has left them at fault. This was a great decision on Flanagan’s part as it opens an exploration of the duality of faith in working class communities.

Throughout the history of mankind we have seen instances where great acts of cruelty have been committed in the name of religion. You don’t have to go so far back to find such examples, as many have happened in recent years. Dogma and religious self-righteousness have combined time and time again to justify cases of injustice. Look no further than the recent passage of Texas laws giving citizens the right to play bounty hunters against women who dare to have abortions, simply because there is a religious belief that conscious ‘life’ exists. begins in the uterus at the time of impregnation. There is a long, dark history of things that religious claims have sanctioned, and Midnight Mass tries to tackle it head-on.

And it also does a very good job. Is Heaven attractive because our reality has been made so brutal? Are poor communities seeking God’s leadership because government leaders have failed to give them a concrete alternative? Does religion empower people or make them complacent in their suffering? All of these questions and more are taken in the context of a horror story, because yes, it is still a horror story.

Terror in the series divides its time between subtle and manifest. There will be some gruesome and gory scenes, but they are often reinforced by longer moments of tension. It is not a spectacle filled with the fears of jumping, but rather defined by the fear that plays on the human condition. There are many monsters out there, but viewers will have to decide whether the scariest ones are those found in the supernatural or those of our human neighbors. One deals with the kind of terror we may only know from the movies, while the other tackles a danger that is no stranger to our reality. We have seen the damage that can be done by crowds of fanatics believing their cause is just, such as the January 6 riot on Capitol Hill. Midnight Mass is not at all on the nose with this comparison, but the subtle lesson is here to be learned.

Here again, do not think that the series is a total condemnation of religion. This is far from being the case in fact. It feels like, from the variety of intriguing characters we meet in the show, that religion is more of a tool whose purpose is determined by whoever uses it. This, too, speaks of the duality of faith in human history.

Of course, we can name the cases in which negative things have happened because of religion, but we also know times when the positive has also been produced. Much of the organizing of the Civil Rights Movement – a mass movement for equality against bigotry and the oppression of marginalized peoples – has occurred in black churches. It is through this same moral movement, targeting capitalist greed and oppression as the real evils of society, that we have organizations like today’s Poor People’s Campaign, led by reverends and others. religious leaders. We also see similar cases in Midnight Mass through certain characters who use their faith against the disaster.

The fear in the show is so tangible because it seems so possible to our own world. There is a technical separation of church and state in the United States, but we know from history that the lines are often blurry depending on who is in power and what they want to use the “tool” for. of religion. What acts of faith have leaders tried to get us to take, whether to justify laws controlling a woman’s body, to legitimize the definition of “true God-fearing”, or to join in condemning democratic elections? Scary stuff indeed.

Midnight Mass is seven episodes of intense storytelling. Heavy subjects are explored and there is seldom much lightness in the show. It’s not perfect, as some of the dialogues are longer than necessary, where the characters give long monologues in a few places that don’t feel natural. This, thankfully, doesn’t distract from what is, on the whole, a powerful narrative. It’s scary because it will hit a lot of people near them, but it also gives some tried and true horror monsters a new twist. It’s a great addition to a genre that’s used to pulling the world apart in order to make sense of it, one bloody room at a time.

Midnight Mass is available worldwide on the Netflix streaming service from September 24, 2021. 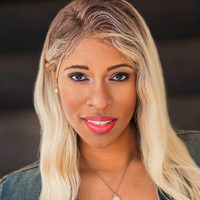