CLINTON — Six men from the second cohort of Campbell University students at Sampson County Correctional Facility were honored on Wednesday for their perfect GPAs with a formal induction into Alpha Sigma Lambda, the oldest and largest society of honor for non-traditional students.

Natividad Aguirre, Mark Denning, Michael Goff, Dylan Hulin, Jared Russell and Adam Sauls maintained their 4.0 averages in Campbell’s rigorous two-year associate program, part of the Second Chance initiative of the University. The program launched at Sampson in 2019 to help currently (or previously, in some programs) incarcerated men and women develop skills and abilities to contribute to their communities, live dignified lives, and escape a U.S. criminal justice system which has one of the highest recidivism rates in the world. rate (44%).

Wednesday’s ceremony took place in the same hall where the first cohort of 11 students became the first inmates to graduate with a two-year Campbell degree at an commencement ceremony in September 2021.

Some of these graduates – most of whom are currently pursuing a four-year degree – were on hand to watch and cheer on their fellow students. They were joined by prison staff, representatives from the North Carolina Department of Public Safety and several Campbell faculty and staff, who were thanked by the six new members of the company. honor when they received their certificates. 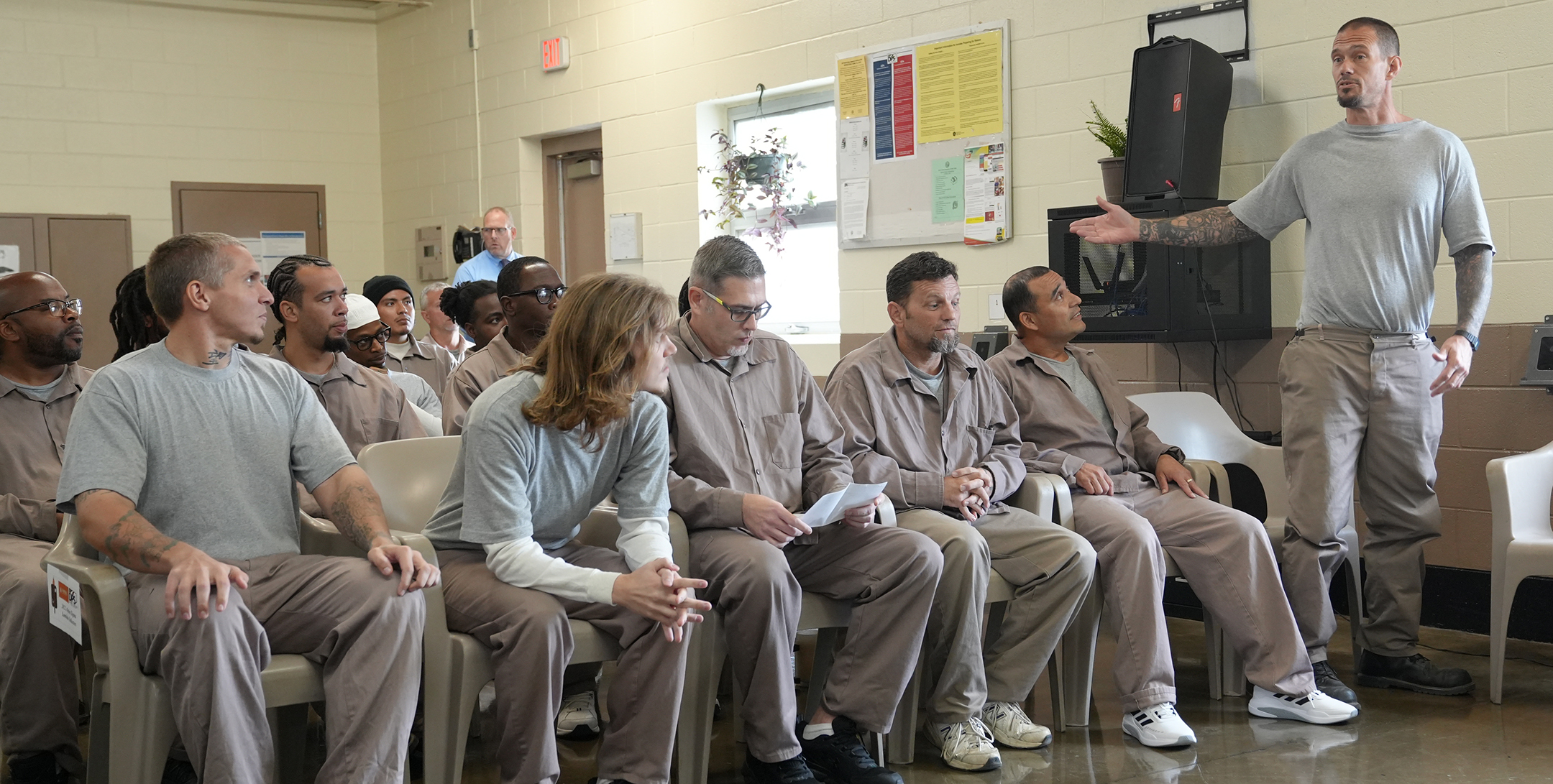 “The solution to recidivism is higher education,” Goff said. “We are 100% bought. Not only do we want to improve our communities, we want to improve this prison. We are grateful to the Second Chance Initiative for making a difference in our lives and in the lives of others.

Dr. Beth Rubin, Dean of Adult and Online Education; Nicole Winget, assistant dean of student life and support for AOE and assistant professor of homeland security and criminal justice; Dr. John Roberson, Executive Vice President; and Dr. Rick Smith, Campus Director of Sampson Correctional Facility; spoke on behalf of Campbell University at the ceremony and spoke about the importance of the program, which will extend to Anson Correctional Institution (a women’s prison in Polkton) and a post-incarceration program for women in Raleigh in the near future.

Sampson Correctional Facility Warden Robert Van Gorder offered inspirational quotes from William Pollard (“Change is hard. Not changing is fatal”) and Marian Wright Edelman (“Education serves to improve lives of others and to leave your community and your world better than you found it.” before offering Campbell University’s motto, ad astra per aspera (to the stars, through hardship) to the students in attendance .

“I’ve been here for 30 years, which means it’s hard to change my ways,” he said. “But you men have made me a believer. And you have my support. Everything you have accomplished in this program has been achieved through a team effort. This is the most important aspect of this program. 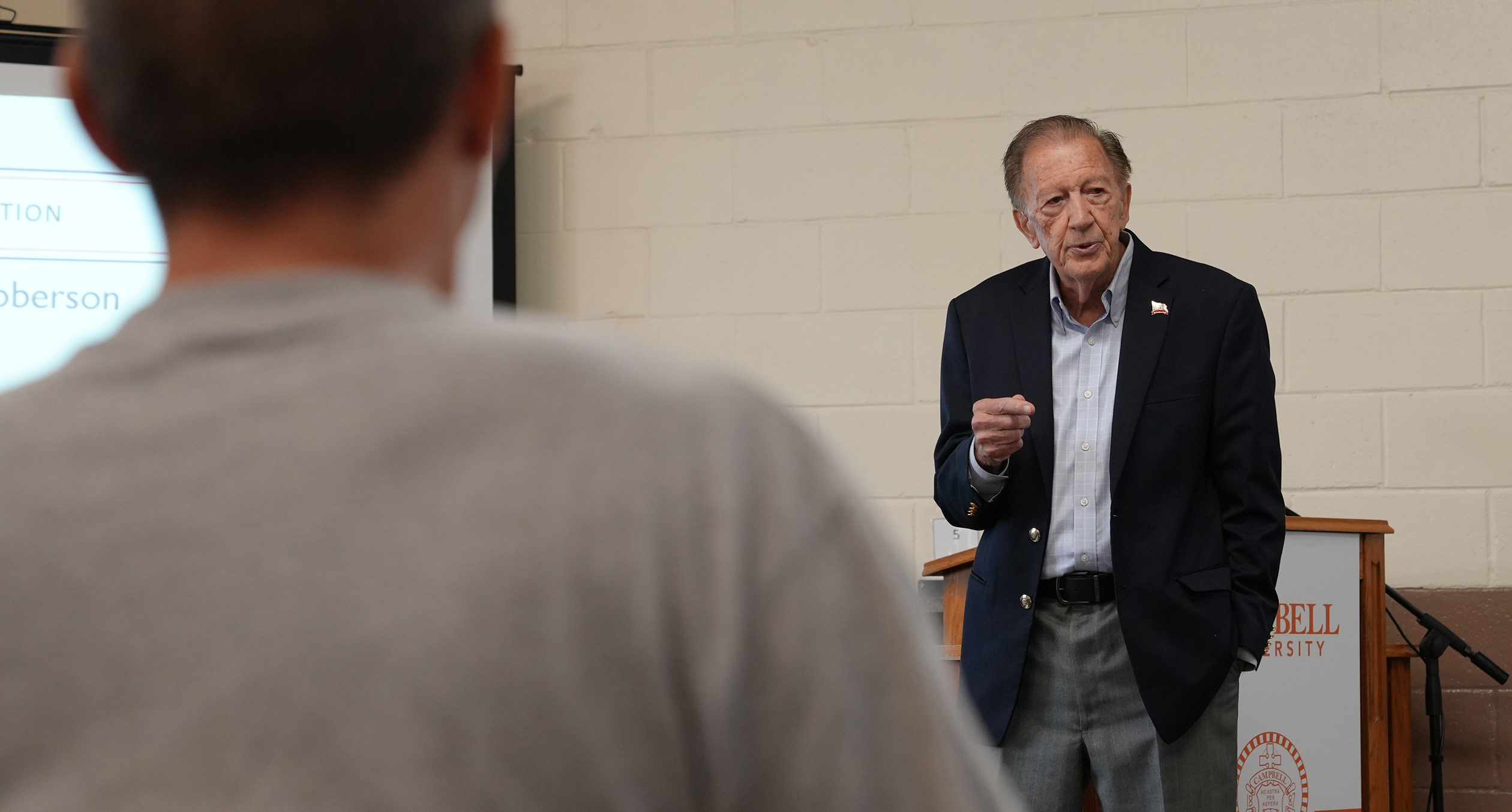 The ceremony ended with words from Bob Barker, a distinguished alumnus of Campbell University, a longtime supporter of his alma mater and an advocate for reducing recidivism in prison through his Bob Barker Foundation. Barker said he supported Campbell’s efforts by taking inspiration from the New York-based Hudson Link program, which reduced recidivism in his system to about 1% through his efforts in higher education.

“I’m so happy and grateful for what Campbell has done and continues to do,” Barker said. “I hope other schools in our state pick up on this, and I hope this becomes the answer to reducing recidivism in our prison system.”